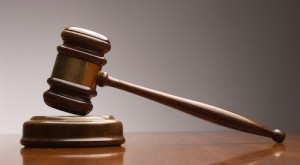 Research bodies around the globe are making an effort to draft laws governing the development of robots as they become increasingly complex and ingrained in our societies.

In September of 2010, the UK’s Engineering and Physical Sciences
Research Council(EPSRC )  and Arts and Humanities Research Council (AHRC) held a Robotics Retreat which met to discuss robotics, its applications in the real world and the huge amount of promise it offers to benefit society.

Attendees of the retreat included experts in technology, industry, the arts, law and social sciences.  Delegates of the meeting have now drafted a set of 5 ethical rules treating issues relevant to today’s robotics-  as opposed to being a fixed set of laws, the document is intended to serve as a point of reference and a source of information for future debates.

In addition to these principles, delegates from the meeting have also included a set of 7 messages they believe are important to disseminate in order to encourage responsibility within the robotics research and industrial community.

Delegates stress that robotocists need to engage with the public, take responsibility for their public image and understand how people are perceiving their work. They also think it’s imperative to address legitimate concerns about the use of robots, emphasizing the need to  ¨figure out how to engage in conversation about the real abilities of our research with people from a variety of cultural backgrounds who will be looking at our work with a wide range of assumptions, myths and narratives behind them¨.

Paolo Dario, Coordinator of Robot Companions for Citizens, one of the FET Flagship Initiatives,  has investigated how current legal regulations impact on robot deployment in urban environments. Particularly, he has looked at some of the gaps in current legal systems which do not yet allow for proper legal qualification of autonomous mobile robots operating in our urban environments. Dario was one of the authors of a paper titled An Investigation on Legal Regulations for Robot Deployment in Urban Areas: A Focus on Italian Law which was one of 7 papers published as part of a 2010 special edition from  The journal of Advanced Robotics  titled Legal and Safety Constraints for Service Robots Deployment.